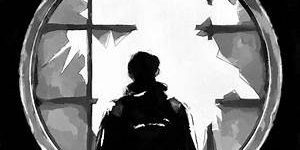 Improving Your Life and the Broken Window Theory

Start where you are. Use what you have. Do what you can. – Arthur Ashe

Years ago, before I became a funny motivational speaker I was a nurse and during a crazy shift at the hospital, two of my co-workers clashed over a patient’s care. While there were no black eyes or hair loss, the quarrel was big enough to make them mad, and the rest of us uncomfortable.

Unfortunately, the dispute ended, but the crummy feelings didn’t. In fact, the bad blood between the two became worse as they repeated their version of the conflict to anyone who would listen.

Despite several of us encouraging them to “talk it out,” they never did. As a result, this small quarrel became the foundation for them to see each other in a bad light, no matter what happened. Years later, while neither can remember the argument’s gist, the coldness between them is noticeable.

This small disagreement reminds me of the broken windows theory that I’ve often applied to my problems. Created by James Q. Wilson and George Kelling in 1982, the Broken Windows Theory is based on a metaphor of broken windows.

Kelling, a criminologist who worked with Wilson on the theory, stated the following:

“When a window is broken, and someone fixes it, that is a sign that disorder will not be tolerated. But one unrepaired broken window is a signal that no one cares, and so breaking more windows costs nothing,”

In other words, if broken windows get quickly repaired, the environment appears well kept. A tidy environment is perceived to be inviting and safe. The appearance of a safe and orderly neighborhood helps to eliminate crime.

Years ago, this broken windows theory was the cornerstone of the “quality of life” crime-reduction program in New York and Los Angeles.

I acknowledge that this theory has been argued, defamed, and debunked throughout the years.

Nonetheless, BWT it has been a helpful metaphor I’ve used to improve my life.

Great things are not done by impulse, but by a series of small things brought together. George Elliot

Broken windows repeatedly pop up in my life. For example, over the last few months, I’ve eaten with a toothpick while wearing my swimming suit to lose twenty-five pounds (whoop! whoop!). Unfortunately, by mindlessly eating jalapeño kettle chips and peanuts M & M’s while watching Netflix at night, I’ve recently gained five pounds. Recklessly eating junk food at night is a personal broken window. If I don’t get my eating under control, I’ll eventually regain the weight I’ve lost.

In the same manner, after writing, I’ll often leave a stack of notes and empty coffee cups. This little mess can start an avalanche of the disorder. Suddenly, a jumble up of books, plastic bags of yarn, and a swarm of pens appear( I am looking at my office as I write this). Eventually, a mini mess (broken window) becomes a massive mess and a much bigger problem.

Sometimes a lousy mood causes me to begin finding fault and snapping at Steve, another broken window. If I don’t flip my perspective and get my mouth under control, I can harm my relationship with my husband. Likewise, when he is impatient or irritable with me, I don’t feel as close to him.

Broken windows show up at work

One unhappy customer can eventually complain to between 8-20 people, severely harming your reputation. A grumbling employee can taint the entire team. A few dirty coffee cups and leftover doughnut boxes can turn a break room at work into a nasty eyesore.  One missed deadline can lead to more of the same.

What about your life? Do you repair the ‘broken window’ quickly? Or do you sweep it under the rug, thinking “it doesn’t matter that much” or “I will deal with it later”? Allowing a mess in your life to remain doesn’t impact how others see you; it can also negatively impact how you feel about yourself.

Not only that, the larger the mess, the more overwhelming it is to clean up. Exactly the way one disagreement grew with my two co-workers. The longer they procrastinated mending the situation, the worse the distance between them became.

This broken window theory can easily apply to organizations. A quickly fixed problem can’t grow into a bigger, more costly problem at work.

For this reason, it’s worth the effort to be proactive and fix small problems before they gain momentum. Not only that, but this theory also doesn’t just apply to fix problems. It can create improvements. Just like landscaping and painting upgrade your home, enhancements can make a good organization even better.

In any case, whether it’s a broken window, a bad tooth, or service failure, quickly fixing a problem avoids decay. Not only that, we all know that maintaining is a lot easier than gutting and having to start from scratch. On the other hand, if a complete rehab is unavoidable, fixing a broken window could be a great way to start.

Look at your life objectively, from an outsider’s perspective.

1. What’s a broken window in your life?

Where can you use a touch-up? Is there a physical and emotional part

of your life that could improve by a bit more order and control?

Are there bits of your home life, work-life or relationships that could use

2. What can you do right now to begin fixing that broken window?

While improvements are a breeze, others take courage and commitment.  Whether you need to lower your cholesterol, repair a friendship, or rework your sales strategy decide what you can do today.  If you can’t fix it immediately take action by creating a plan.

“When fixing a problem, the most critical moment is the moment you begin.”