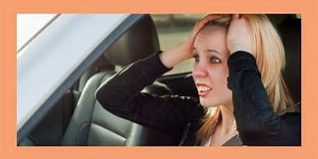 You have brains in your head. You have feet in your shoes You can steer yourself any direction you choose. You’re on your own. You know what you know. And you are the one who’ll decide where you go.

Would you like to build your resilience? To be sure, resilience builds when you become  become more aware of your thoughts, and become more flexible in your thinking. In the following paragraphs, you’ll learn how to identify and immediately counteract the negative thinking trap called: Catastrophic Thinking.

Resilience vs the Catastrophic Trigger

At 11am you get the following email from your boss

“Please clear your schedule from 3 to 4 pm and meet me in my office.”

That’s it. Consequently, being armed with so little information causes your mind grabs a shovel and start filling in the blanks with every negative bit of dirt it can conjure. You start catastrophic thinking.

Did a client complain about me? Is she angry that my report was two days late? Maybe she’s made that my numbers were low this month?

And your thoughts keep going.

What if I get fired? What if I can’t pay my mortgage? Will my house be repossessed? I’ll be homeless and on the street!

Let’s face it, we humans like to believe that we are rational creatures. We believe that when faced with a decision or projecting future outcomes, we judiciously weigh out all facts, carefully consider the pro and cons and come to a reasonable, rational decision.

To put it bluntly,  this is not true.  Instead,  every human brain is embedded with irrational thought patterns that blind us to the truth. Science describes these as cognitive distortions. But, for this blog, I’ll call them Thinking Traps. The result is, thinking traps cause errors in judgment.

The good news is, that by becoming conscious of your thinking traps, you can stop them in their tracks.

Catastrophizing is a thinking trap that causes you to waste critical energy ruminating. Instead of moving forward, you go around and around thinking about the worst-case outcomes of a situation.

First, there’s a trigger i.e., the email from your boss. This activating event starts your mind racing, like an evil runaway train, rolling into every horrible thing that will happen.

Next you get stuck ruminating on all of those irrational, worst-case outcomes. All of that negative energy and rumination blocks you from actually taking any action.

In short, catastrophizing causes an imbalance between the interpretation and the reality of the threat. The threat becomes much bigger than it probably is. As a result, it looms over you, blocking out possible solutions. You not only overestimate the danger, but you also underestimate your ability to cope.

To illustrate, let imagine that you and your spouse have a pretty bad argument.  Afterward,  you can’t get the disagreement out of your head. Consequently, It’s hard to focus at work because you keep replaying and analyzing what you said and what you heard your spouse say.

Not being able to focus is a common outcome of catastrophizing.

Is he/she still angry? Did the kids hear our disagreement? Did he/she tell someone at work about it?

Actually,  while these catastrophic worst-case thoughts generate anxiety, they can also crowd out your ability to focus on your next project.

In addition, replaying the argument gives you a headache or stomach pain, or sweating palms. You may even feel short of breath. Because there are all sorts of ways that catastrophic thinking affects our bodies.

Unfortunately, pessimism is another trap caused by catastrophizing.

If something doesn’t go well, our minds might automatically start painting a picture of doom and gloom. Resilience and pessimism don’t mix. The result is that problems became so much bigger than they actually are. Instead of confronting the stressors or issues that need your attention, you may withdraw.

“My speech is going to bomb” I think.  Now, with zero evidence, I forecast the worst possible outcome of a situation and brush away all facts that contradict my negative belief. Instead, I predict that everything will things will turn out badly.

At the beginning, when you catch yourself worrying over something that hasn’t happened, start by identifying  your pessimistic prediction. Afterward, ask yourself  “Where’s the evidence for this conclusion?”

The University of Penn, along with other researchers, have identified three styles of catastrophizing.

1.Downward spiral: You build an entire disastrous story out of one situation or event.

Example: The email caused a downward spiral of thoughts. Your thoughts leap from: The meeting with the boss will be hostile to I’ll be fired, lose my job to being homeless and on the street. One event creates a downward pull of imagined threats.

2. Scattershot: You manufacture a massive variety of bad things that might happen to you because of the situation. Here, you don’t create a story like you do in the downward spiral. Instead, you imagine a widespread variety of bad outcomes that could happen.

Example: You argue with your spouse, now your mind goes off in different negative directions. We’ve had been lots of arguments lately; could he/she be having an affair? What if Joey heard us argue and can’t concentrate? What if he flunks his Biology test today! Did our neighbors listen to us yell? They probably think we are such losers!

3. Circling: You ruminate about a central theme. Your supervisor asks you to rewrite a report and have it on his desk tomorrow at noon, and the circling begins.

Example: My afternoon is packed full with meetings; I don’t have time for this! I have parent-teacher conferences at 7pm. How can I fit that in? I promised Zack I’d help him study tonight, but there’s no way I’ll have time for that. Plus I need supplies for Sara’s party is on Saturday. There’s no way I’ll get all this done! I’ve gotta sleep too! There’s just not enough time!

Whatever the type of catastrophizing you tend to use, be it the down spiral, scattershot or circling, they all end up blocking purposeful action. Not only that, all three types of catastrophizing lead to procrastination and anxiety. In addition, each one engages the flight or fight response.

In other words, they all get in our way of handling or coping with the situation at hand.

So we all need self-awareness to recognize when we are catastrophizing. But being aware isn’t enough. In addition to awareness, you need skills to challenge and change.

U of Penn Positive Psychology has developed some easy-to-use skills that you can immediately apply. They call this Real-Time Resilience because as soon as you recognize that negative mental chatter, you can challenge it on the spot to regain your focus, confidence, and composure.

The Steps of Real-Time Resilience by U of Penn

Explore evidence that proves your counterproductive thought is false. Start a sentence by using the phrase:

This is not true because…

Recently I performed my first live event after a year of virtual events. I was nervous before going on stage, thinking, “It’s been so long, I am going to mess this up!“

Once I recognize my catastrophic thinking, I can stop myself and say

“That’s not true because I’ve spoken in front of thousands of people, and most of the time, I get standing ovations!”

Make sure you use vivid data (1,000’s of people-standing ovations)to prove why what you’re thinking is not valid.

Shift your perspective to change your perception of the situation. Start by saying,

“A more helpful way of me seeing this is…

“A more helpful way of seeing this nervousness is as energy I can bring to my audience this evening!”

When catastrophic thinking grabs you by the throat, screaming the horrible things about to happen, your anxiety increases. This increased anxiety stops you from performing effectively because you are entrenched in the fight or flight mode. So make a plan.

If X happens, I will do Y

“If I suddenly forget a story, I will take a deep breath, pause, make a joke about Covid Confusion and regain my composure”. Relaxing will help get my brain back on track.”

In conclusion, building resilience requires you to be aware of your thoughts at the moment. In addition,  it also requires you to ‘catch’ and counteract these negative thoughts. The good news is that YOU CAN DO THIS.

Check out my blogs for lots of other tools that will  help build your resilience!

You Have the Power, my dear. You’ve had it all along.

Resilience: Focus on What You Control
January 13, 2021